The Siren Organ is a musical instrument that uses compressed air and motors to create a tuned siren. A laser cut disk with four concentric rings of holes is spun by a motor. Compressed air is diverted to nozzles aimed at each of the rings. When the disk is spinning and air flows over a particular ring of holes, a frequency or tone is produced. The number of holes in each ring determines the musical interval between the tones on a particular disk. Altering the motor speed causes a shift in the entire register of the disk. Disks were made to produce major and minor chords, as well as other musical intervals. A performance with three sirens, each with its own controller, was given at the Center for Computer Research in Music and Acoustics, Stanford, CA. 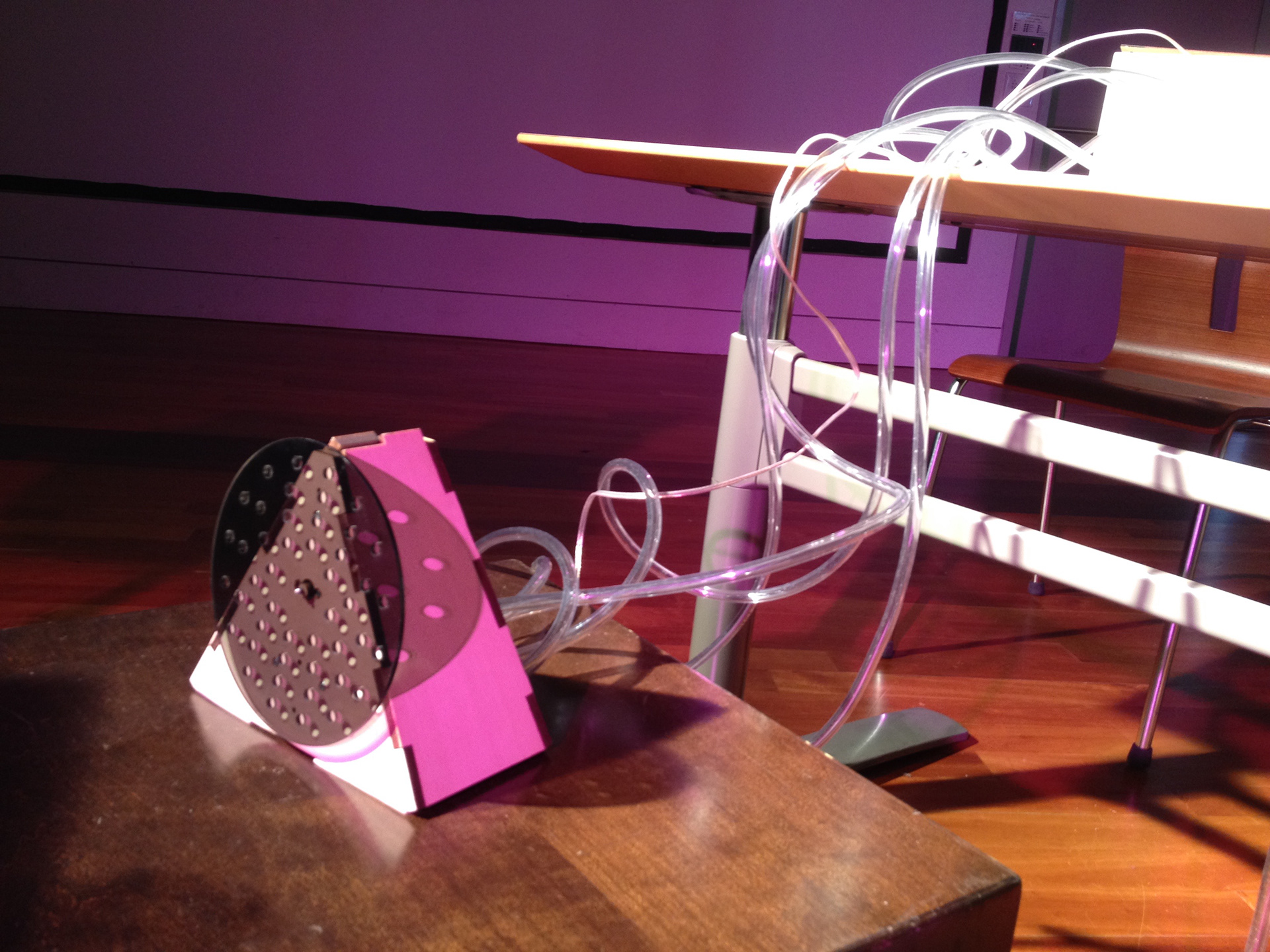