Plasmavision evokes the imagery of an atomic age television set. The feelings associated with that era are the comfort and ease of life that technology and postwar consumerism afforded. Viewers looked to television for not only entertainment, but also as a source of information that could be disseminated quickly and more broadly than ever before. Plasmavision evaluates the thin line between information and propaganda by removing all possibility of informational content. In it’s place is an electrical plasma element, reminiscent of the watchful eye of big brother. The rabbit ears are likewise converted from an antenna to a jacob’s ladder, symbolizing both the forever forward path of technological progress and the outward path of power due to the control of what information is received by the people. 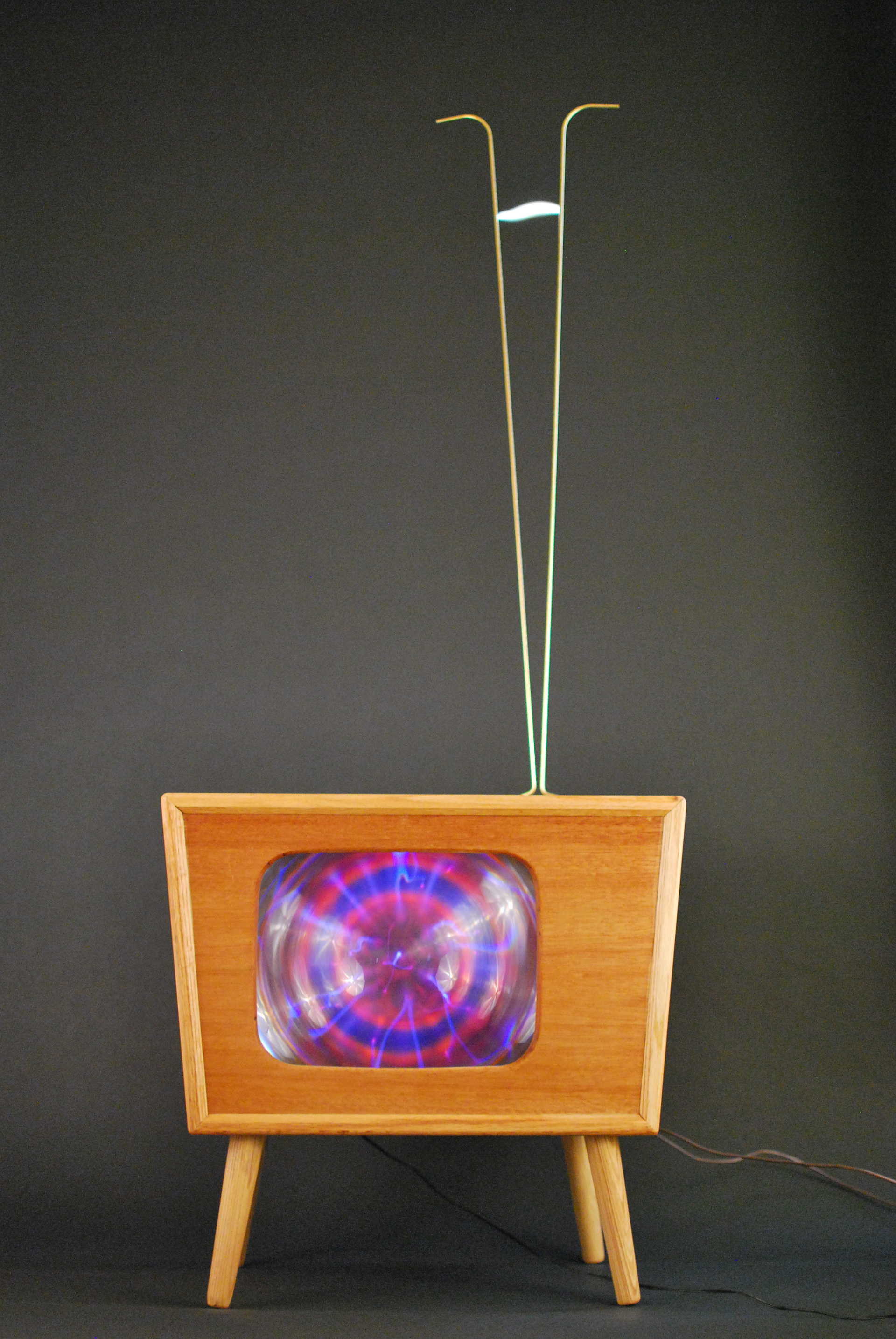 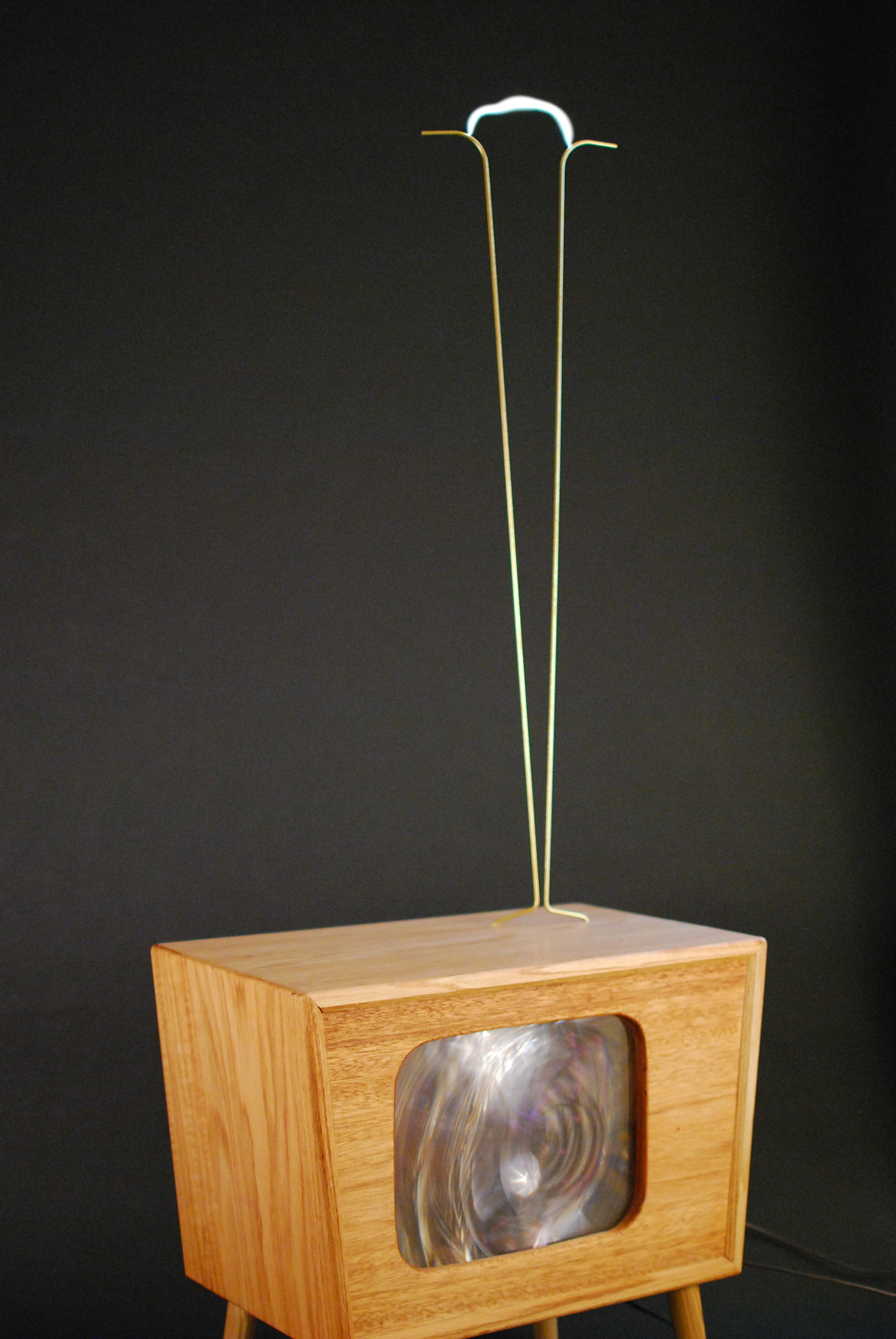